The shutdown of Jet Airways has put the best-laid plans of all the airlines in a tailspin. Currently, with the aviation bureaucracy in India having linked the allocation of ex-Jet Airways slots to airlines to the addition of aircraft to the fleet, all the major airlines are scouring for aircraft to enhance capacity. SpiceJet is currently in progress with adding about 30 ex-Jet Airways airframes to their fleet and has even launched a Business Class cabin because now they have aircraft with Business Class seats being delivered to them.

Vistara sees this as the opportunity to finally grow their network across the country rather than just out of Delhi. So, they have also jumped in the fray to launch new flights to various destinations out of Mumbai, given Mumbai was always at a crunch for slots before and since Vistara is the last airline to enter Indian aviation, was never given slots to expand out of Mumbai. Vistara has massively ramped up flight count out of Mumbai and Delhi and launched flights to Bengaluru, Hyderabad and Chennai out of Mumbai.

To gain access to these slots, Vistara is having to induct new aircraft, since enhancing capacity on the existing aircraft was not good enough. They are planning to induct a total of 10 ex-Jet Airways airframes, and already have four in hand. Vistara is going to put all the aircraft through the paint shop, however, not reconfigure the plane at this point, given they have to start adding capacity soon. The airline has also picked up an Airbus A320Neo which earlier belonged to the now-defunct WOWAir. The aircraft is reasonably new at just two years of flying and is equipped with the same engines as Vistara’s preferred ones (CFM LEAP 1A). Except, being an aircraft from WOW Air, this is an all-economy class configuration aircraft. The aircraft will be registered as VT-TNN when it arrives in India. Currently, it is sitting in Maastricht where it got painted into the new livery. 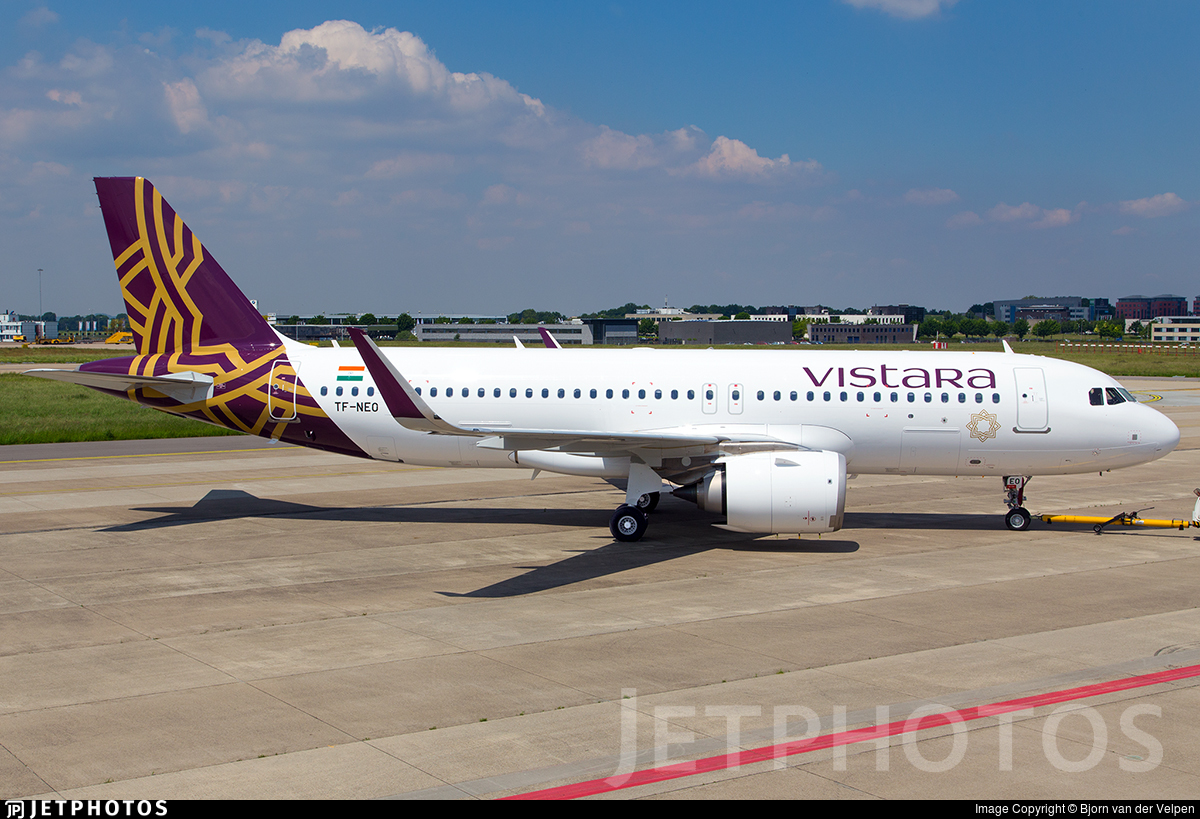 Vistara has assured that despite the aircraft being all-economy, the service will not be a no-frills carrier one, but a full-service style. Which means you get the perks of Club Vistara membership tiers (apart from upgrades) and also get a full meal served on these aircraft.  There is nothing to say that Vistara won’t reconfigure this aircraft in the future. But for now, it will be operated as a full economy cabin.

Vistara is very much a premium full service carrier with premium experience across all classes. We do not and will not have LCC service on one aircraft and FSC on another. Aircraft configuration should not be confused with business model. FSCs flying all-YCL aircraft not uncommon

This particular aircraft is being put on the Delhi – Kochi flights from June 5, 2019, onwards through the end of the schedule on October 29, 2019. There may be a slim chance, however, that Vistara may decide to sell Premium Economy or Europe-style Business Class on this aircraft as well. Because as of now, while PEY and J are not available on the Delhi – Kochi and return flights, however, the seat map still does not allow you to allocate the first six rows on the aircraft.

We’ll keep you updated on the details of other aircraft which are coming into the fleet as the details become available.